We present two different perspectives of this event.  Patty spent most of the day out and about on the race course taking photos and Mike was in the pit, grid and the reviewing stands.

Patty:
After several events of taking photos from the reviewing stands in the pit area, off of turn 13 and off of turn 14, I got permission to go way out to the other end of the track to a deer stand I spotted some time ago off the driver's left of turn 5.  Winston Landymore gave me a ride out there and, with help from Winston and Brian Johnson, we managed to get it standing upright and somewhat sturdy.  Winston made sure no critters were inside and I gathered up my gear and climbed the narrow ladder to perch myself up in the deer stand and await the start of the next race group.  The wind was blowing pretty good the the stand swayed slightly from time to time.  The trick would be not to move around too much, so changing lenses and maneuvering the tripod would have to be done gently and without any jerky movements.  I settled into the swivel chair looking over my shoulder to the pond from time to time to see if I could spot the alligator Winston told me about.  During the formula car race, I realized I wasn't able to see the action in turn 4 and I wasn't too comfortable with the swaying of the deer stand.   It wasn't set very deep in the mud and I was worried it would tip over and I'd be jumping out like the guard in the tower on F-Troop.  (Old TV show a LONG time ago!)  So, I loaded my camera over my shoulder, the camera bag on my back and the tripod in my teeth and climbed down the narrow ladder.  Inching my way out along the ditch, I could see the cars in turn 4 yet remain in a safe place.  The bracket group was on track and I and was able to improve my photos from my new vantage point.  Then I thought about the alligator and began to watch over my shoulder in between shots.  The Super Production / GTO / Vintage V-8 race was getting ready to start, so I made a run for the worker station in turn 5 and kept company with Brian Johnson for the next couple of races.  That was a good place for great action photos, especially for the battles between the big V-8s and then the Spec Miatas, but I have my sights set on a few other spots for the next race. 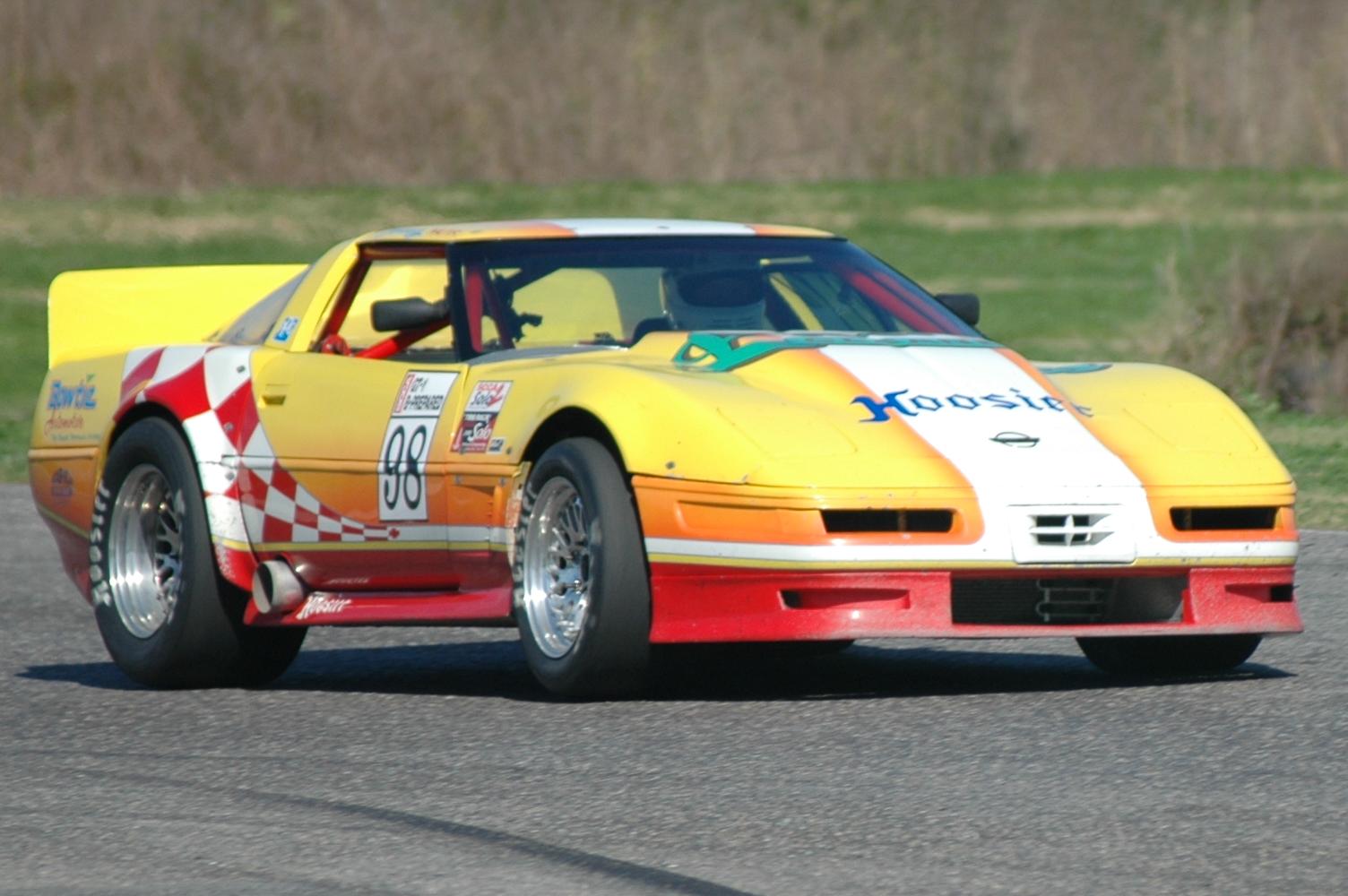 Mike:
The day was filled with lots of hard charging excitement as the 2006-2007 Grand Bayou Road Race Series presented Event #5 at No Problem Raceway.  The series winds down to just one race left after today.  Johnny Walter leads the Super Production class in the #98 Liberto Cleaners Super Production Corvette.  Scotty Bolduc, in the #359 Porsche 996, returned to the series for the first time in about a year and was looking forward to some wheel-to-wheel battles with Johnny, but Scotty didn't give much of a fight.  Christian Francois pulled into the pit area with his new enclosed trailer for the #77 Corvette.  He fixed up the inside very nicely and it helps to make the pit area a little more confortable for the Mike Poupart Motorsports teams.  Since I broke out of the GTO class while driving the car last month, Christian now enters the car in the Super Production class.  Christian drove well all day with no mistakes qualifying 4th in Super Production behind Scotty, who qualified 3rd.  Johnny, who had the pole position, lined up next to Ralph Wicker, who qualified 2nd in the #24 Monte Carlo.  Johnny got a good jump at the green flag and stayed ahead of the bumping between two GTO entries that were behind him battling for position in turn 1 on the first lap.  Wicker went out a few laps later with driveline troubles and Christian was able to move up a few spots.  It wasn't long before Johnny began lapping the back of the GTO & Vintage V-8 field.  Christian stayed clean and fought a few good battles for overall position finishing 2nd in class.  Meanwhile, Johnny took the win in Super Production and the overall win for the race.  He clinches his third Super Production Championship with today's win.