All Corvette drivers were encouraged to come out and autocross on Sunday, January 16th at Delta Region’s first event of the new year.  Delta was gracious enough to let the Corvette drivers have their own “grudge” class.  There were a total of 10 Corvettes that registered for the event, although only 8 of them were in the “Corvette Challenge” class.  There were a total of 9 GNOCC members autocrossing in 4 different classes.  The overall turnout for the event was 128 drivers.  It was evident in the morning, as we watched the long line for registration, that it was going to be a long day.  We all know that a good turnout is the start of a great event, but a lot of drivers on a long course would mean the sacrifice of 1 run per driver in order to finish before dark.

The day started out cold with clear skies but the sun stayed with us throughout the day and kept us warm enough to have fun.  Patty Poupart was the Chief Safety Steward for the event and together, she and Mike Poupart would see to it that the course was laid out so that it “flowed” and remained safe.  The course design was the result of input from the members of the NOLARides.com internet forum.  Benson Young, Delta’s 2005 Regional Executive, took the suggestions and created a course that seemed to level out the playing field for all of the cars and drivers. 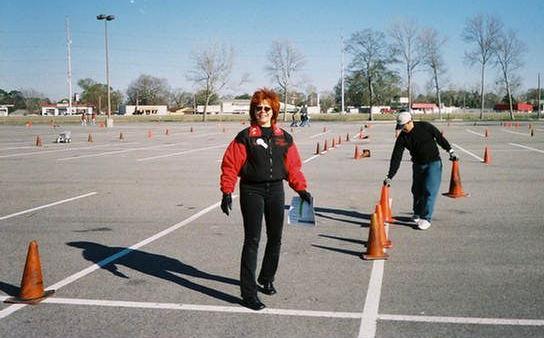 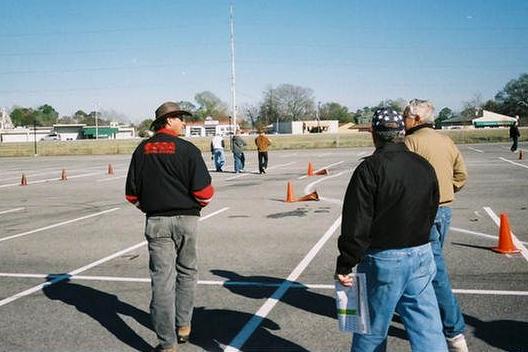 The competition was fierce between the next two positions.  Buddy Cook and Lori Vellutini both started out a little cautious and clipped at least 1 cone each, but shaved off quite a bit of time on the 2nd runs.  Buddy finished 4th with Lori only 1.001 seconds behind in 5th place.  With her former autocross experience, Lori was able to run straight up against the higher horsepower of Buddy’s silver ‘04 C5 while competing in her silver ‘96 C4 Collector’s Edition.  We even managed to sneak Lori back into line after her last run, but this time she was behind the wheel of Buddy’s C5.  I walked back to the spectator area with Buddy to watch Lori’s first time driving a C5 in competition mode.  Lori blasted off the start, overcooked the first turn and ran over cones.  I thought Buddy was going to have a heart attack!  By the time Lori came off the course, she managed to scoop up 3 cones underneath the C5, not counting the ones she hit and left behind!  But, being the wonderful person that she is, Lori immediately took off her helmet upon returning to the pit area, grabbed some polishing spray from her car, and took to cleaning any cone marks off of Buddy’s pretty silver Corvette. 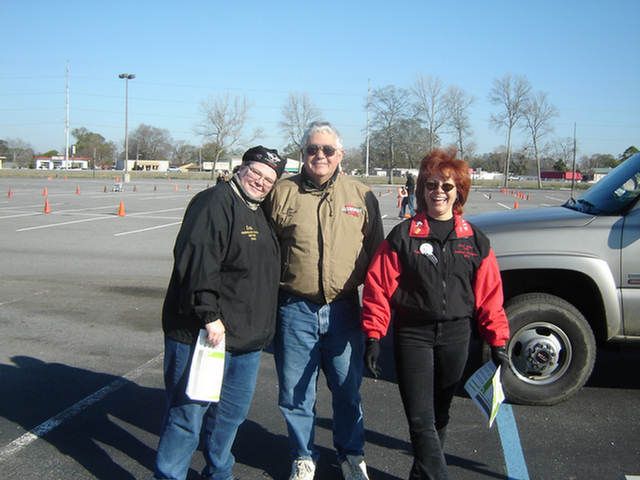 
Further back in the field, Bob Himes started out driving his electron blue ‘02 Convertible on the same course the rest of us ran, but got confused on the 2nd run and kinda made it up as he went along.  When the time showed up on paper, I actually thought he was giving Mike Poupart a run for fastest time of the day until I was told he took a short cut!  Jim Boudreaux rounded out our Corvette Challenge group entering his black ‘02 Z06.  Jim seemed to have trouble with the course on his 1st run, but got a clean run on his 2nd try.  Both Bob and Jim had to leave early and did not get to make their 3rd run in the afternoon, but finished 6th and 8th respectively.  They just needed 1 more run to gain a little more confidence!

Mike at least had the courtesy to run the Z06 in the Super Stock class where he finished 1st against another SCCA Z06 driver.  He laid down the fastest time of the day on his 1st run with a 54.067 which held until the last run.  He got beat by a Honda S2000 that ran a 53.445, a difference of .622 seconds.  Mike was sideways in the finish on his last run and gave it up in the interest of not taking out the timing lights with the Z06.  Good judgment call!

There were other GNOCC members competing in other classes at the event.  Chris Vial and Matt Blakesley ran in A-Stock co-driving Matt’s white ‘99 Trans Am.  Matt finished .467 seconds ahead of Chris in 6th and 7th place respectively.  Lifetime Member, L.J. Lee ran his black ‘04 Monte Carlo (Dale Earnhardt - Intimidator Edition) in H-Stock finishing 2nd out of 4 drivers.  Robert Pugh and Bill Folse came out for support and enjoyed watching the racing.

On a personal note, Mike and I would like to thank our fellow club members for joining us at this autocross and sharing one of the many ways we enjoy our Corvettes.  It was fun spending the time to show you the ropes and thought you were all good sports for hanging in there through a long day and hope you’ll come back again.