Racing is Racing.  Most of the time, it's more fun than you should be allowed to have.  Sometimes you wonder why you are even there.  Mike Poupart Motorsports is a group of people that pride themselves on being prepared physically, mentally and mechanically to the best of our abilities.  It would not show at this event.

Mike Poupart Motorsports arrived with two cars for the 5th race of the 2004 Grand Bayou Race Series sponsored by the Subaru Dealers of Louisiana with John Walter in the Liberto Cleaners #98 Corvette and Mike Poupart driving Allan McDonnel's #44 Viper GTS.  Mike's sister, Shawn, and her husband, Donald, would be attending for their first time to see Mike road race.

As the two cars were unloaded out of the trailers, Walter's Corvette had a flat right front tire and the Viper had a flat left front.  Walter's spare front tires were not worth putting on the car, so he plugged the tire and hoped it would hold.  The Viper's tire would not take a plug or a patch.  It was trash.  We had spares.  They were not great but would make it through the day, so we picked the best and rotated it to the right front.

Next, it's was time to warm up the cars and the Viper would not start.  It would crank, but would not even try to fire.  Finding the problem began to take a long time and it was obvious the Viper would not make the practice session.  While continuing to diagnose the problem, the Viper mysteriously fired up.  It fixed itself.  We let it warm up to operating temperatures and shut it off to wait for qualifying.

The call to qualify came just as Mike was getting into his drivers suit.  Again, the Viper would not start.  Mike, who was determined to "will" the Viper into starting, just kept cranking on the starter.  Again, it mysteriously fired.  By the time Mike made it to the track, there were only three laps remaining to qualify.  One to warm the brakes and the tires, one to clear the driver's head and one to let it all hang out.  Well, it worked.  Mike qualified on the pole with a new personal best lap time of 117.202.

As the Viper rolled back into the paddock, it died just as suddenly as it started before.  We started to look at the problem again and John Walter informed us he had pulled off the qualifying session early because of a bad exhaust leak.  We stopped to check out that problem and found the #7 header tube had broken about 2 inches from the head.  It was about this time that the camaraderie of the people in club racing showed it's qualities.  Offers of help came from other racers and competitors for knowledge, parts or whatever they could do, so we could make the race.  While Johnny and some friends gathered shade tree items to fix the header, we went back to the Viper problem.  All of a sudden, like a light bulb turned on, we realized the problem and made the repair to the Viper.  It would be a temporary fix, but it would make the race.  It turned out to be a bad connection inside the battery shut-off switch that fed the ECM.  Next, we completed the shade tree repair on the header with a couple of beer cans, some header wrap from the Shelter's GT1 Thunderbird and a couple of clamps.  We hoped it would last the whole race.

The race looked to be exciting from the start.  Mike Poupart was on the pole in the Viper.  Mike Shelter, in his GT1 Thunderbird, would start on the outside of the front row.  Randy Greff, in his IMSA  Porsche 930, would be right behind the Viper, with Walter's Corvette right by his side.  Following in the GTO class was another Porsche, three Corvettes, a Ferrari Challenge car, and a GT2 RX-7, with three cars in the vintage class bringing up the rear of the field.

Poupart edged out Shelter's Thunderbird into the first turn after the green flag.  For the next ten laps the Thunderbird was a fixture on the tail lights of the Viper.  As they caught lapped traffic, Poupart's experience allowed him to pick through the slower cars and develop a comfortable lead on the Thunderbird.  Walter's repair did not survive and he had to give it up early.  It must have been the "Lite" beer cans that failed.  Poupart drove the Viper to his second win a row with a 14.3 second lead at the finish.

We promised ourselves never to be caught with our pants down like that again and practice what we preach.  Preparation is the key to success. 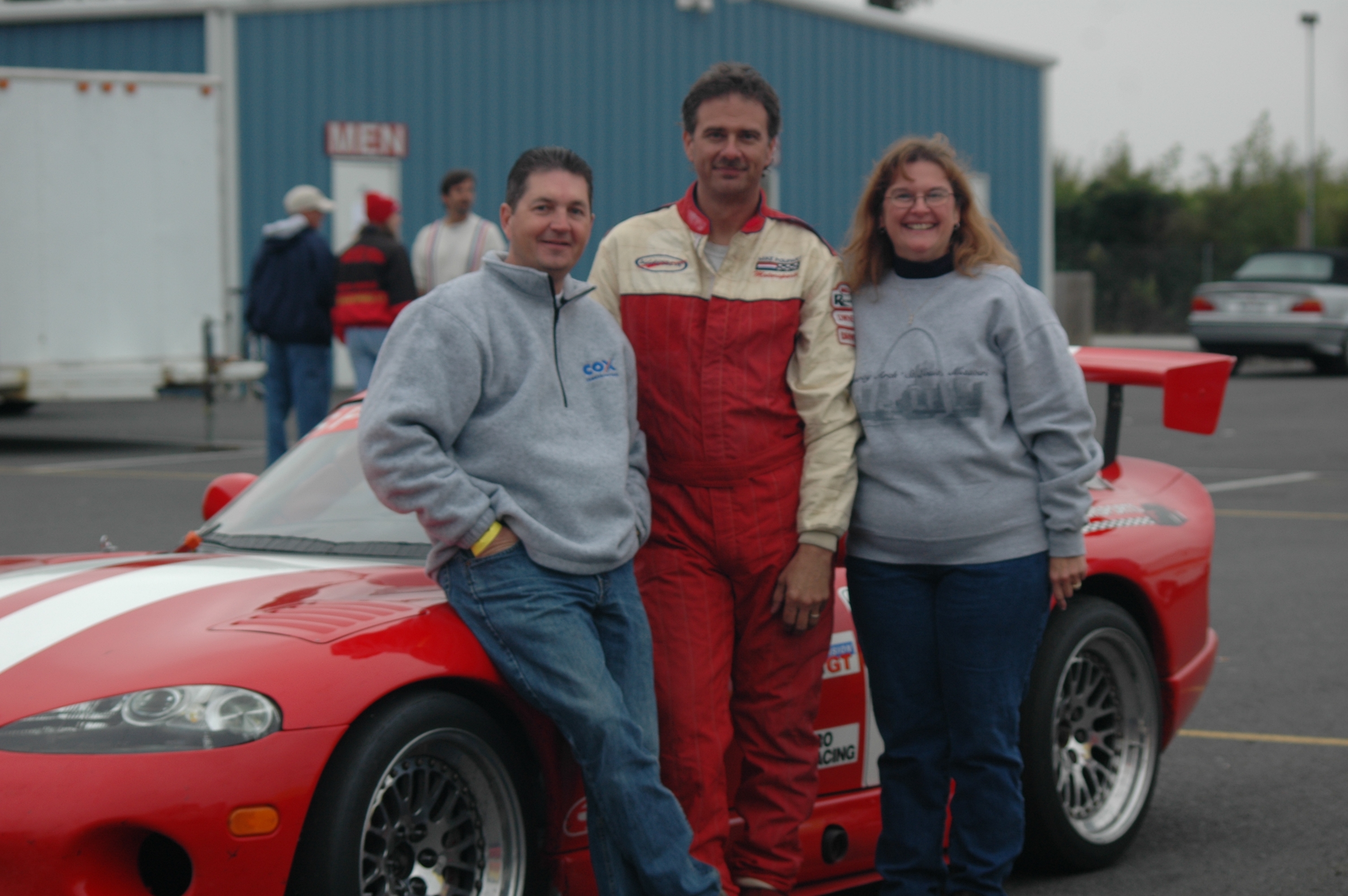